INDIA is one of the fast growing nations in the world. India, on 26th January 2012, celebrated its 63rd Republic Day to mark the day when the nation actually instated the constitution. This is celebrated by organizing a grand parade at Rajghat in New Delhi, the capital of India. A grand parade is organized to display the weaponry, different regiments from the Indian Army, Navy and the Air Force. The President of India, the Chief of the Armed Forces in India take the honors and the salute. The chief guest of honor is usually a Head of the Government from another nation. Similar parades happened in all the Indian states where the respective Governors take the honor. 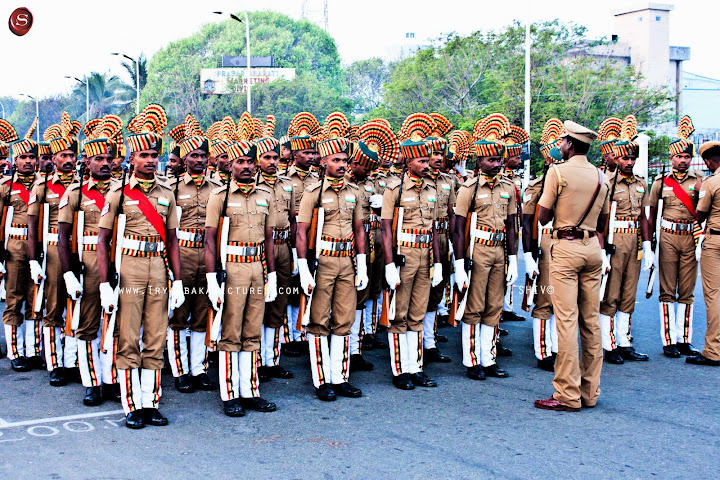 I visited the Republic Day parade that was held here in Chennai, Tamil Nadu, India. The celebration was held with Governor K Rosaiah and Chief Minister J Jayalalitha taking the salute and honors respectively. Vehicles displaying the might of armed forces were displayed. 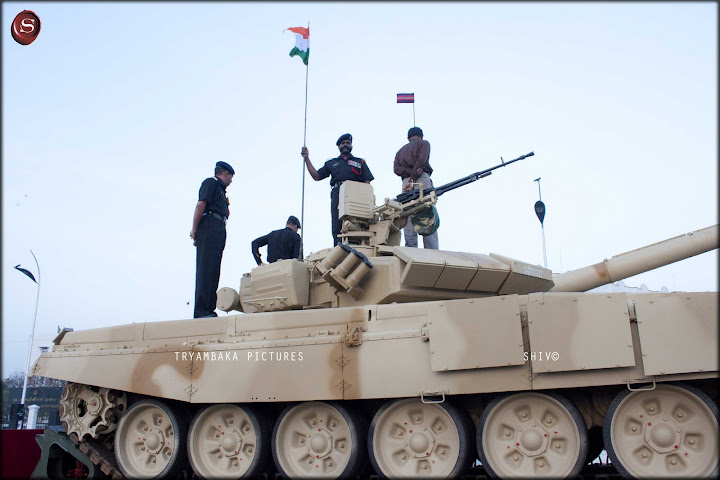 Latest weaponry and models of naval ships and aircrafts were showcased. Below is a very special Anti-tank guided missile system. These are effective weapons which can bring down a huge battle tank in two correctly aimed shots. 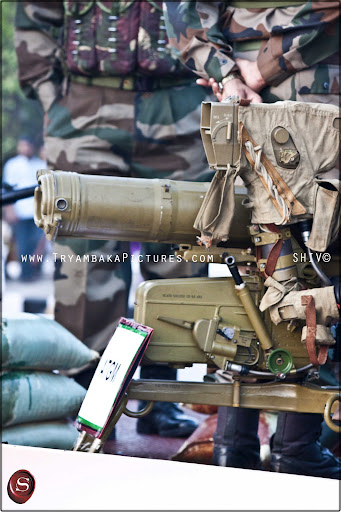 Below is a 7.62mm Medium machine gun which can fire up to 1000 rounds/minute. Indeed a nasty weapon to kill everyone in medium range. 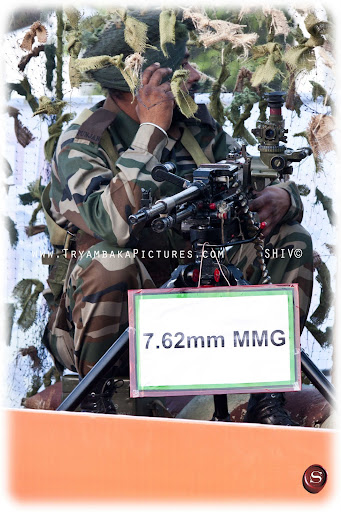 Pride men display the 81mm Mortal which is a very accurate weapon. These are modern-day canons that fire explosive projectiles at low velocities. It would take more time to load the mortar again once you have fired. 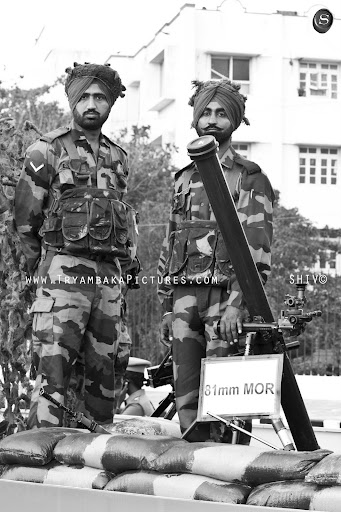 It was a moment of pride for the people who serve for the nation. This young man who is part of the National Cadet Corps Air-wing is proud and keeps his head up as he marches ahead. 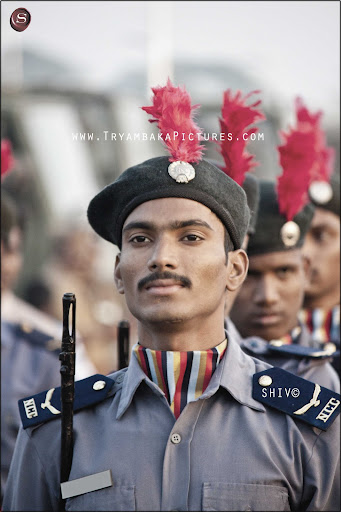 Some more pictures from the celebration to share with you all. 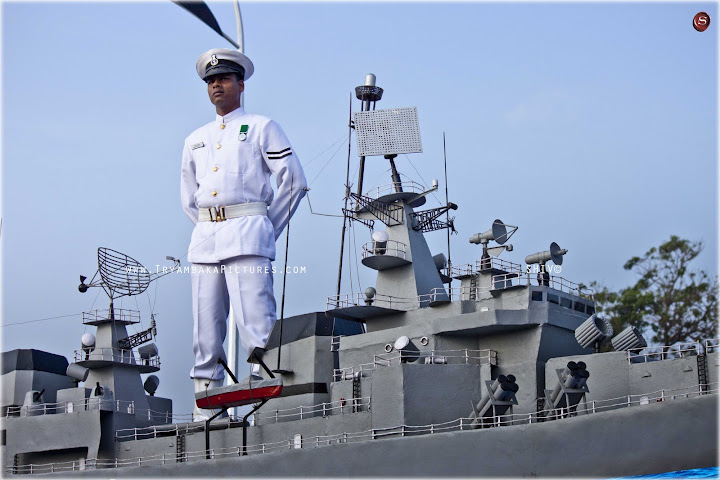 Though India is very much involved in nuclear weaponry and other battle enhancements, it has always been a peace-loving nation and has not waged war on any other nation ever since its birth. It has only defended when other nations waged war. Proud to have been born in India, the land of cultures. Wish India becomes a Super-power very soon. Jai Hind!

Mylapore is a locality in the southern Chennai. It is famous for many reasons and one among them is Kapaleeshwarar temple. The temple was built in the 7th century by the Pallavas. But there is huge debate about who built this temple and about the actual location of the temple. Visit Wikipedia to know more about Mylapore.

I had gone for a photo-walk with my colleagues, I would rather say, friends. We walked in and around the temple and the market nearby to click some good photographs. Above is the tallest Gopuram (Rajagopuram) of the temple.You can see a lot of faces in the Gopuram. The Gopuram consists of thousands of small  structures of Gods and Goddesses. It is a wonder that these were built in the 7th century where there was no special technology. 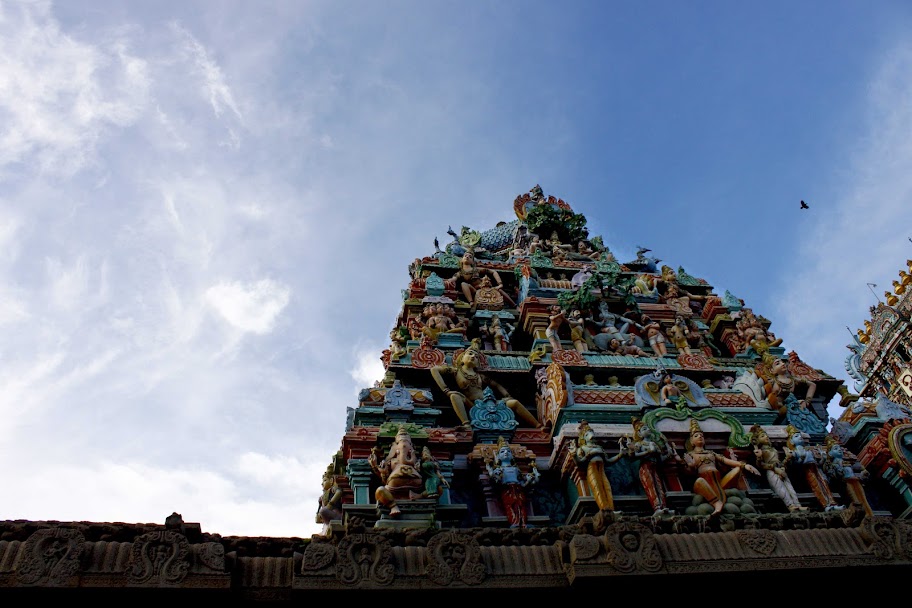 The temple has been renovated recently and vibrant colors give a magnificent look to the Gopuras. Young people in the right age to wed are brought here by their parents and are allowed to talk to their would-be wife/husband to share their thoughts before their wedding. Once they are happy with each other, they proceed with the wedding preparations. This is an ongoing custom for so many years now. 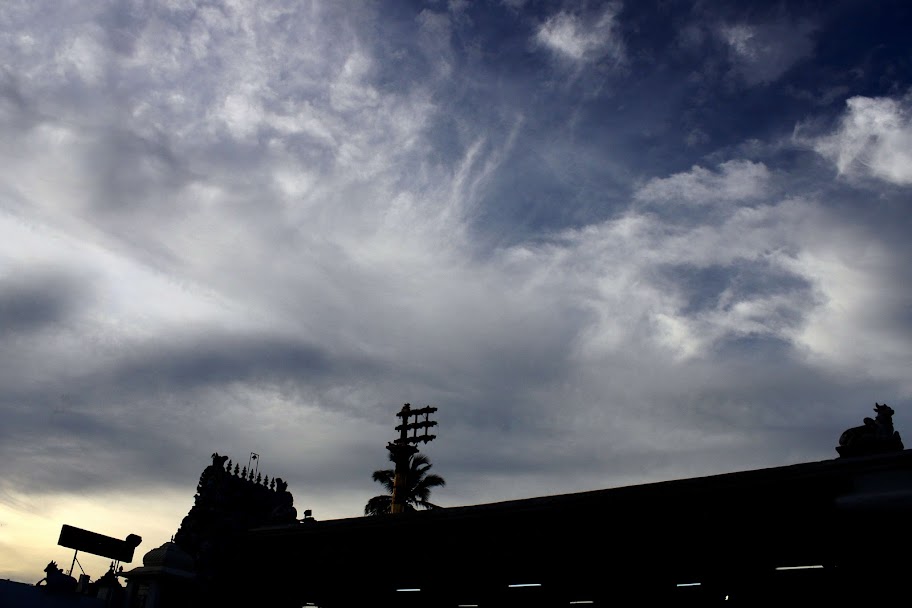 Temple being the place of worship for Hindus, people light small oil lamps praying their wishes to the God. They believe this brings light into their life and ultimately prosperity and happiness. 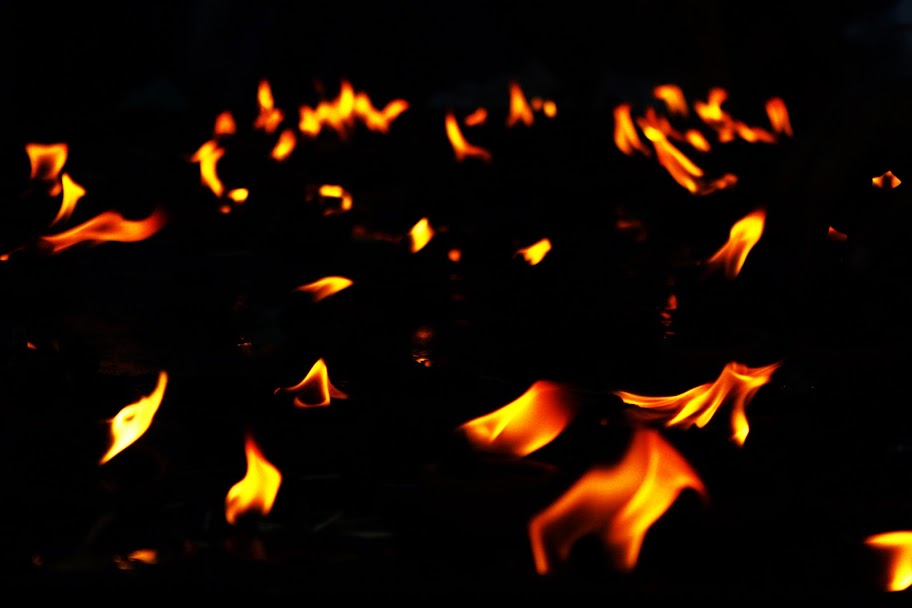 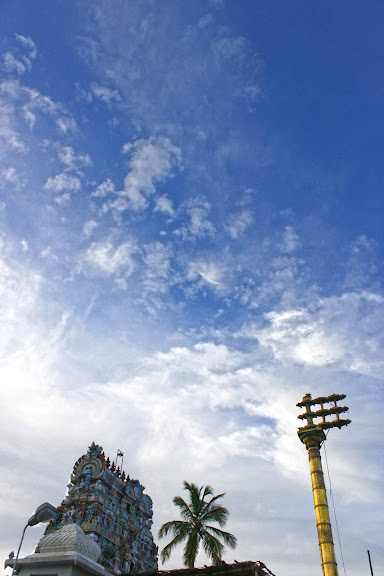 There is a temple pond adjacent to the temple. This water body is regularly cleaned and maintained and is an important good water resource in the locality. 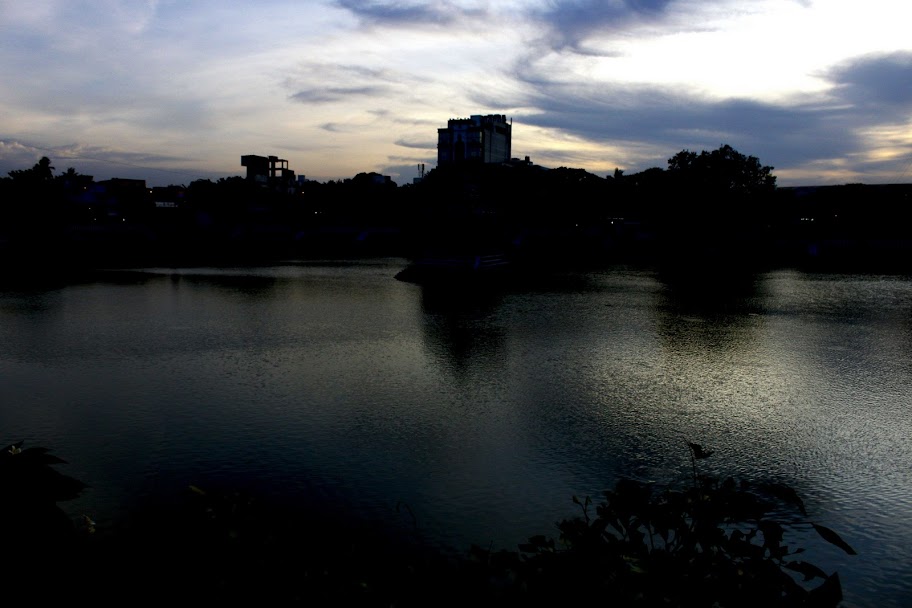 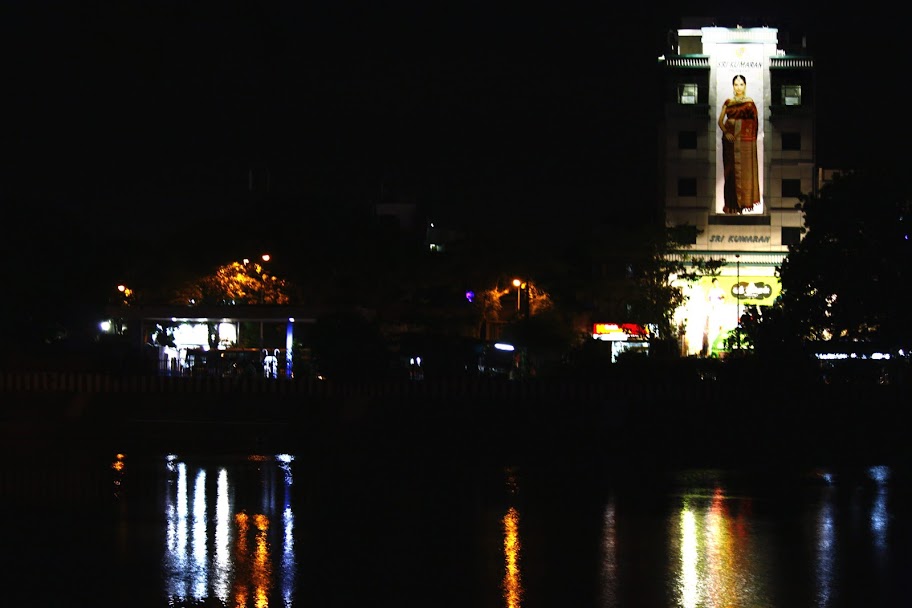 We also walked around the local market and spent some good time together. Thanks to my friends for being with me that evening. One more picture of the market to share with you all. 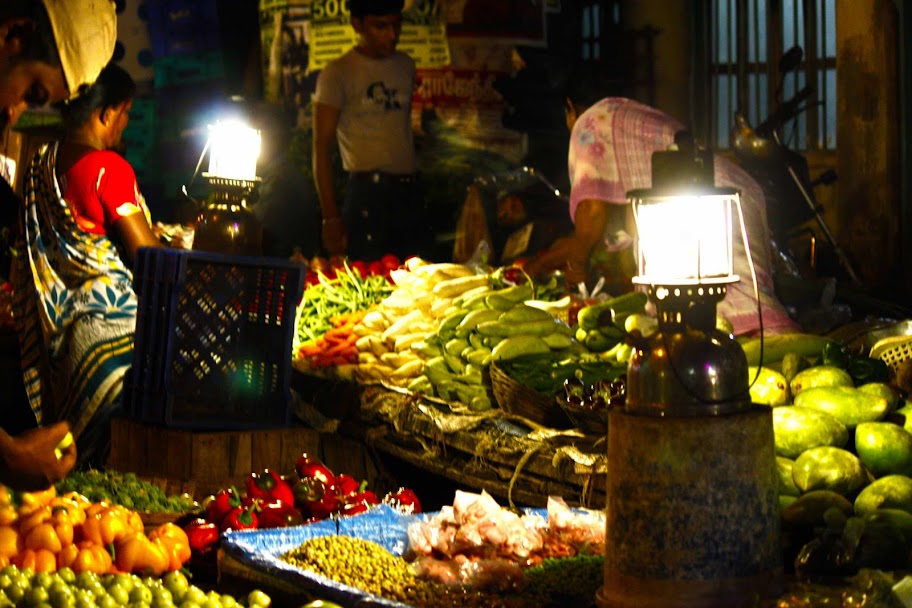